Reiki and the Death Experience

Reiki and the Death Experience: A Comforting Journey

Everyone knew she was dying and that it would happen soon. She being Maria, the mother-in-law of a friend of my mother’s. I hadn’t had my Reiki II but for a few short weeks and I asked my mother if the family would allow me to do Reiki on their mom. It took a little while before they said yes but in the end, I was allowed to visit with her. She was actively dying of cancer, her belly was bloated, she couldn’t relieve herself and water was seeping through the skin of her legs. She was hanging on for dear life to her physical body because her desire was to die in Mexico, not in the United States where she was but her family couldn’t make that happen.

Knowing that Reiki could help

When I saw her she was propped up on some pillows with her feet up on a stool, she was fully coherent and could talk with my mom and me with no problems. I don’t remember explaining much to her in the way of defining what Reiki is or how it could help her. I just remember sitting on her right side and holding onto her hand and shoulder. My mom (also a Reiki II) was at her feet. I didn’t go into the session expecting her to be cured of her cancer and I wasn’t interested in a miraculous healing. I was merely interested in giving Reiki to her and letting it be what it would be, I didn’t know how it would help her, I just knew that it could and would. The session wasn’t very long, maybe 15 minutes or so, as my mom released her hands from her feet, I held mine in place feeling like I wanted to give her all the Reiki I could. At last, I heard a voice, clear as day say “You can let go now”, I took that as my sign to let go and I got up to wash my hands. As I reflect on this, I realize now that this was as much for me as it was for her. I chatted with her for a little bit and hugged her goodbye with the words “Que Dios la cuide” “May God take care of you”. My first impression was that she was unnecessarily suffering and that it would be a short while before she would transition. I proceeded to send her Reiki twice in the course of one week and being as this was my first few times sending Reiki long distance I didn’t know what to expect. These sessions have remained to this day the most vivid and lasting images I have ever seen. The first long-distance, I decided to give her Reiki through a pink rose, I infused the rose with Reiki and I extended my hand to give it to her, she immediately grabbed the rose and placed it in the crook of her ear. At this point she became an image of a little girl of about 10-11 years old, she had the same beautiful face and was dancing around, twirling, and doing cartwheels. I took this as a great sign. The second long-distance Reiki a day or two later was even more profound. I saw her in my mind’s eye as the older lady she had become huddled on the ground when AA Rafael comes and places a green, soft blanket around her shoulders and picks her up like you would a baby. Not two seconds later, he drops his arms and the blanket falls to the ground and two white doves fly out towards the glowing sunset to the angel’s left. It was the most beautiful image I’ve ever seen. I knew that she would be transitioning soon and a day or two later she did, at the hospital.

Reiki during the “letting go” or transitioning phase of death

When we offer Reiki to someone, we may not know the details of how it’s affecting them, whether they were helped physically, mentally, emotionally, and/or spiritually – or even the depth to which they allowed themselves to be helped. Sometimes we might question or doubt that anything is happening at all, or that we are indeed helping the person in some way. What this experience taught me was that Reiki helped her to let go and embrace her transition and while I personally do not know how that was accomplished it doesn’t really matter. It’s not for me to know the “how”; all I can do is offer, that’s it. All any of us can do is offer. I know in my heart of hearts that Reiki helped ease her way and I am truly thankful for that. I am also thankful to myself, for making the commitment to practice Reiki with no attachments to an outcome, and I am thankful to Maria for being open and allowing herself to be healed because without her none of this would have happened.

The beauty of Reiki 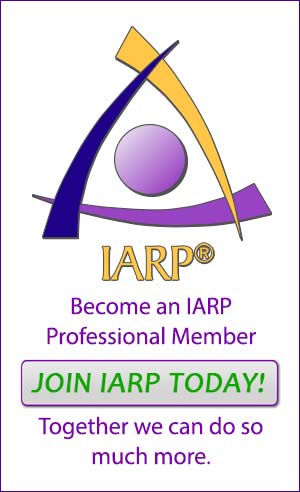 You never really know the depth of your involvement in someone else’s healing or the impact that someone else’s healing will have on you and that should be seen not as frustration but as the beauty of Reiki or any other form of energy healing. Maria taught me that death can be a form of healing all its own, that there really is nothing to fear when it comes to our inevitable transition, that our “death” need not be a lonesome affair, that Reiki really does help in miraculous ways, and that distance healing can be every bit as powerful as in-person healing. I learned a lot from a short 15 minute Reiki session and two 10 minute long-distance healing sessions!

We must learn to place our trust in the divine will that is Reiki, place trust within our own hearts and let things be what they will be. Sometimes what that calls for is just to offer Reiki to someone and see how it goes. Practice Reiki, offer Reiki and get out of the way. We never know what will unfold and that’s actually a wonderful thing.

About the Author:
Pamela Guaicochea lives in Southern California, USA, in the San Fernando Valley. She has been practicing Reiki since the fall of 2012 and recently become a Reiki Master.